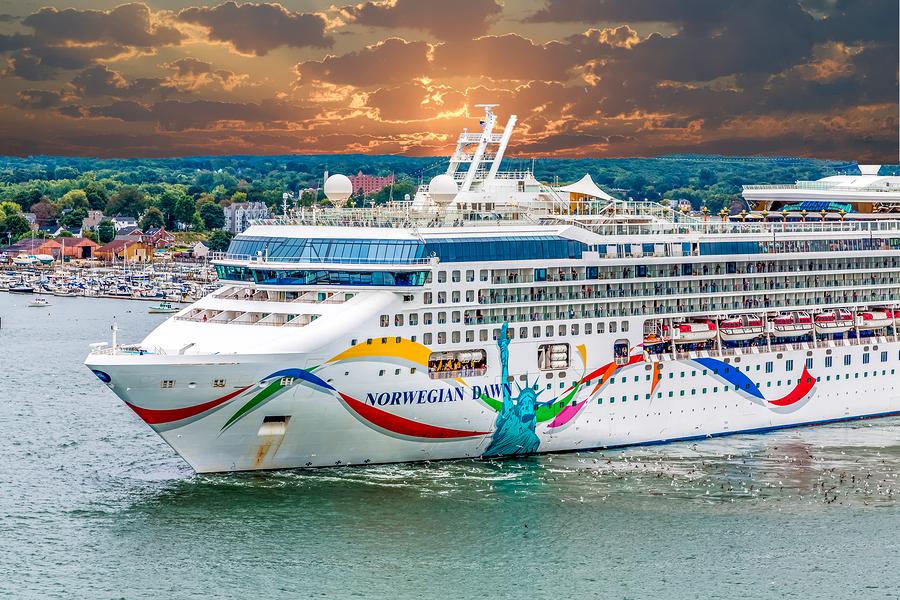 The coronavirus (COVID-19) pandemic has infected over 1 million people in the U.S. and has taken the lives of more than 50,000 individuals. As more information comes to light regarding how our country reacted to the virus, reports of the cruise industry willfully disregarding the severity of the virus is also being uncovered.

Following an investigation conducted by the Wall Street Journal, it has been reported that over 100 ships set sail on or after March 4. This date is significant because it marks the very first death of a cruise passenger from COVID-19. Despite this fact, the cruise industry seemed to keep operating business as usual.

The U.S. Centers for Disease Control and Prevention (CDC) has looked further into the matter and has discovered that 17 of cruise vessels that were on international voyages and/or entered a U.S. port carried passengers or crew members who tested positive for COVID-19 within two weeks of disembarking from the ship. Once off the ship, the virus quickly spread to people these individuals encountered on shore.

Even more concerning are reports that cruise companies failed to disclose the fact that passengers on their ships were sick with COVID-19, tested positive for the virus or were sent to the hospital due to experiencing the virus’s symptoms. The CDC was able to link passengers to 17 percent of reported COVID-19 cases in the U.S. as of March 13.

This information has officials in the U.S., as well as other countries, extremely upset. Currently, the U.S. Coast Guard is actively investigating specific cruise companies, including Carnival Corp. And Royal Caribbean Cruises Ltd. The Coast Guard is looking into whether two Carnival ships violated federal law by failing to inform health officials about passengers disembarking at ports in San Francisco and Puerto who were sick or experiencing symptoms of the virus. Carnival, of course, insists they did nothing wrong.

One of biggest reports of a cruise ship becoming rampant with COVID-19 involved Carnival’s Diamond Princess. On Feb. 5, 2020, over 3,700 passengers and crew members were quarantined off the coast of Yokohama, Japan, as reports of people on board falling sick with COVID-19 spread. More than 700 individuals on the ship tested positive for the virus by late February with six of these people losing their lives. The Diamond Princess was said to also be carrying one of the first confirmed COVID-19 cases in the U.S.

In fact, seven ships owned by Carnival accounted for 49 of 70 deaths of passengers and crew from COVID-19. These deaths all came from ships that either began voyages or boarded new passengers during the first few weeks of March, even though COVID-19 was already making the news as a global issue.

As more passengers on these ships begin to speak out, it has been discovered that cruise officials were less than forthcoming. Passengers reported being told that someone on the ship was sick with the “flu” but not being told anything more than this. Others say they were told to stay quarantined in their rooms, not being told just what was going on, how many people were sick, what they were sick with, and whether people were dying from this illness. With limited access to the outside world, it became essentially impossible for them to figure out what was going on and just how serious the situation was.

Now that we are months into the COVID-19 pandemic, you would assume that all passengers and crew members who were on these ships that set sail despite the risks would be home. However, that is not the case. The CDC is still working with cruise officials to repatriate crew members who are stuck on their ships, all of them quarantined to their closed quarters for fear of the virus. No movement is being made on disembarking and repatriating these crew members due to CDC requirements that cruise companies pay for private transportation to get their crew members back home.

The CDC is also requiring cruise officials to provide them with a plan to prevent, detect, respond, and contain the virus on cruise ships.  The CDC will not let cruise ships disembark their crew members until officials from these companies sign attestations that they have taken all necessary steps to safeguard U.S. health and safety. This requirement comes because cruise companies reportedly let passengers and crew members disembark in February and March knowing that there was a possibility that these individuals could be carrying the virus as asymptomatic carriers. Thus far, both Holland America and Carnival executives have refused to sign these attestations.

The CDC is required to ensure that public health is protected throughout all of this. While many of the crew members trapped on these vessels are American, many of them are also foreign employees, desiring to return to their home country. However, this cannot be accomplished until a clear plan is provided by their employers.  It is hoped that both Holland America and Carnival take all necessary steps to ensure that their crew members get home safely.