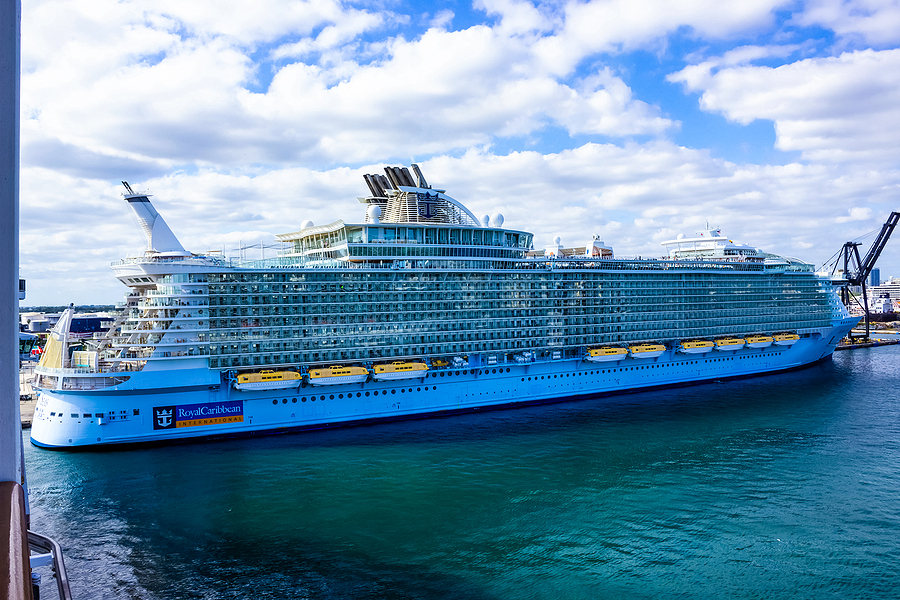 Passenger capacity will also be record-breaking. The ship will be able to hold up to 6,988 passengers. The first sailings will begin out of Asia in March 2022, with a series of four- to eight-night sailings to Japan out of Shanghai, China. The vessel then will relocate to Hong Kong in November 2022 for a series of four- to nine-night voyages to Vietnam, South Korea, Japan, and Taiwan.

Wonder of the Seas Features

Similar to the other Oasis Class ships, Wonder of the Seas will be 18 decks high and nearly 1,200 feet long — the equivalent of more than three football fields.

Royal Caribbean’s first Oasis Class ship, Oasis of the Seas, debuted in 2009. The line added additional Oasis Class vessels in 2010, 2016 and 2018. Each ship preceding the others in size.

Ranging from 226,838 to 228,081 tons, each of the four existing Oasis Class ships are more than 20% bigger than any other cruise ship. These ships resemble mega-resorts that one would see on land.  Each ship has three separate main pool areas, a kiddie splash pad, surfing simulators, miniature golf courses, basketball courts and even zip lines.

Royal Caribbean International’s Wonder of the Seas will become the first Oasis-class ship to have an eighth neighborhood, with the debut of the Suite Neighborhood.

The Suite Neighborhood will have areas only for suite guests, such as a sun deck with ocean views and a private lounge and restaurant. The neighborhood will incorporate the 1,350-square-foot Ultimate Family Suite, which has a slide that connects an upper level kid’s sleeping area to the main floor.

The information provided about Royal Caribbean’s Wonder of the Seas is causing an understandable level of excitement among cruise passengers, travel agents, and industry representatives. However, operating not just one, not two, but multiple mega-ships around the world carries certain risks. These risks apply both to Royal Caribbean, as a company, and passengers who book cruises on these ships.

With so many passengers on a single boat, there is a far greater need for cruise ship safety demonstrations, procedures, and other safety precautions. It can be incredibly difficult for a cruise company to impart all the necessary information to its guests, train staff competently and thoroughly, and check each detail of a boat with 18 decks. As well, simply having this immense number of passengers on a ship will inevitably lead to accidents, injuries, and illnesses.

All this impressive scale and growth by Royal Caribbean means bigger business for the company, but it also means that gaps in proper training or oversight by Royal Caribbean become more likely. The cruise line must provide the same attention to safety and protocol on Wonder of the Seas as its other mega-ships, not to even mention the other ships in its fleet. Even on a brand-new boat, loose carpet, an irresponsible bartender, or mismarking a hazard could lead to Royal Caribbean’s liability for personal injuries.

The amenities and features aboard a cruise ship like Wonder of the Seas are incredibly enticing to people planning a fun getaway. However, if your experience aboard a mega-ship ends with a less than enticing injury or illness, you should speak with an experienced cruise ship injury lawyer. More than likely, any claim you have must be filed in Miami, Florida, and a cruise ship lawyer in this location can be a huge asset to your case.

Aronfeld Trial Lawyers has obtained millions of dollars in compensation for injured cruise ship passengers with various cruise lines and cruise vessels. There are few injuries and accidents our Miami personal injury law firm has not dealt with, and we are prepared to take on any cruise accident case. For more information, call our office at 305-441-0440, or toll-free at 1-866-597-4529 or send us an email at [email protected].