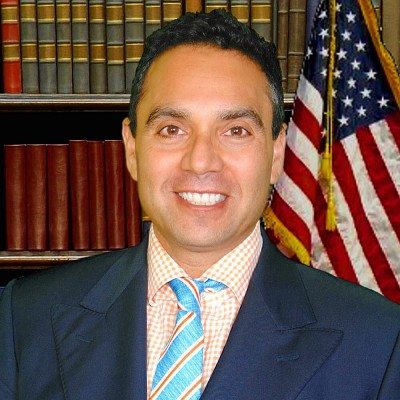 Aronfeld earned international recognition after his first jury trial, when an Orlando, Florida jury awarded his Uruguayan clients a $100,000.00 verdict against Walt Disney World. Before trial, Disney had offered his clients only $1,200.00. That verdict remains one of the largest in a personal injury case against the Mouse and his legal battle was recounted in the book, “Disney, the Mouse Betrayed.”

Aronfeld graduated from the Trial Lawyer College, a non-profit institution founded and directed by legendary trial lawyer, Gerry Spence in Dubois, Wyoming. Lawyers are admitted by invitation only and learn how to try cases on behalf of the people. Aronfeld has since returned as part of the faculty and has joined Spence on several of his nationwide book tours.

He has been recognized as one of Florida’s Super Lawyers and was named one of the “20 Most Intriguing Floridians” by Florida Magazine.

Aronfeld lectures at the prestigious Trial Lawyers College, founded by legendary lawyer Gerry Spence and open by invitation only; he also tours with Mr. Spence. He is licensed to practice in Florida and the District of Columbia, and was admitted to both the Federal District Court Practice (1992) and the Federal Trial Bar of the US District Court (1993). He has chaired numerous seminars for the Florida Justice Association (Academy of Florida Trial Lawyers) and spoken at the annual convention of the American Association of Justice (Association of Trial Lawyers of America) in San Francisco, Maui and Phoenix.

Aronfeld has written numerous featured articles for the American Association for Justice’s “Trial Magazine” as well as other national legal publications which can be purchased on Amazon.  He frequently blogs concerning national legal issues, civil rights and the rights of the injured for the “Huffington Post.”

In 2010, in response to the earthquake in Haiti, Aronfeld founded Lawyers to the Rescue, a not for profit humanitarian initiative to provide legal assistance and civil rights activism for those in need.

In September 2010 Aronfeld’s first book was published, Sara Rose, Kid Lawyer. Sara Rose, Kid Lawyer is a fully illustrated children’s book that tells the story of a tenacious fourth-grade girl who likes to argue. He wrote the book to inspire young children and girls in particular to consider the legal profession. A portion of the proceeds of this book go to support Lawyers to the Rescue. The book can be purchased on Sara Rose Kid Lawyer. Aronfeld is a member of the Society of Children’s Book Writers and Illustrators.

In 2011, Aronfeld published his second book: Make It Your Own, the Ultimate Law Student’s Guide to Starting Your Own Law Firm.The book launched at Florida International University College of Law.

In 2011 Aronfeld coordinated the Student Trial Advocacy Competition for the American Association for Justice. The event was held at the University of Miami School of Law March 4-6, 2011. Students from 8 law schools participated in the event. See video here.

Despite his national visibility, Aronfeld is deeply tied to the Miami and South Florida.

Lawyers to the Rescue
Member Since: 2010
Founder and Chairman of the Board

In high school one of my dearest childhood friends, Carrie Marcus, was diagnosed with incurable cancer. At the time, I did not even know what that meant. She missed most of our senior year. And when she came back to school she parked in a handicap space. She did not have the handicap decal and the school gave her a number of parking tickets. One day in class, she was telling this to our teacher. He told her to tell the principal. I asked if I could go and help her.I went to the principal and “argued” her case. He could see that she was ill, far more than I realized and agreed to waive the parking tickets. She thanked me for speaking for her.  That event stuck with me in my life. I had an enormous feeling of happiness, knowing that I was able to help my friend. I was always told that I would make a good lawyer. To me, every client is Carrie Marcus and I am proud of it.

Mr. Aronfeld has been appointed to the following committees of the American Association for Justice: