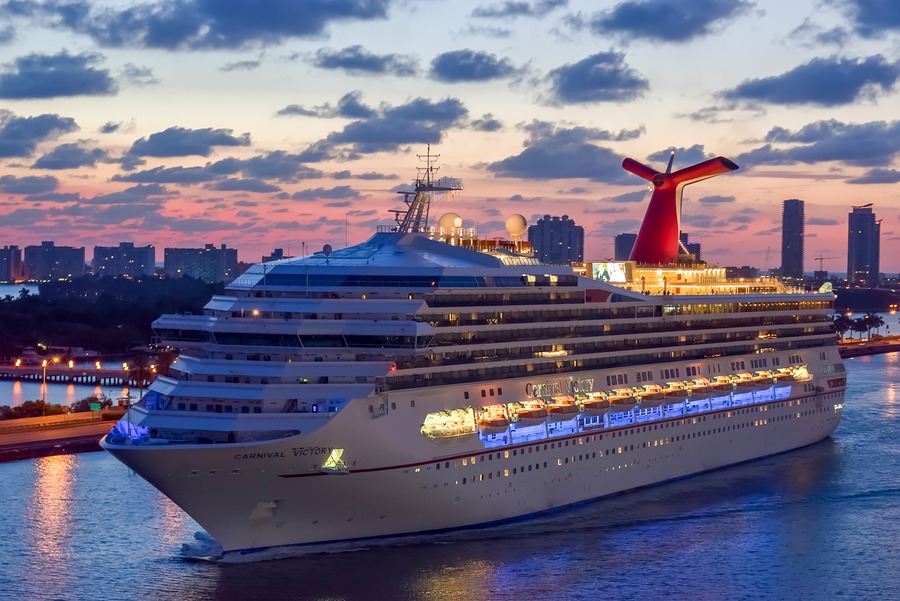 I have written and spoken and argued about the magnitude of obstacles that injured passengers face when suing a careless cruise line. Those include the one-year statute of limitations, requiring passengers to sue in Federal Court in Miami regardless of where the claimant lives and where the accident happened, and the obscure written-notice requirements that many cruise lines have, like NCL’s ridiculous mandate buried deep in their passenger ticket contract that obligates claimants to advise the cruise line in writing within 185 days of the incident.

And if somehow, miraculously, a person who gets hurt on a cruise ship successfully navigates the first line of cruise line industry defenses, and gets on the field, the plaintiff faces an aggressive defense of hungry and growling cruise line defense lawyers, well trained and even better funded, eager to tear the case apart. I also write, speak, and argue often about the tricks and tactics used by those advocates to destroy legitimate claims and squash any chance innocent victims may have of obtaining justice in the form of compensation for their lost time from work, pain, suffering, medical expenses, scarring, disfigurement, and sadly the loss of a loved one.

And then, assuming the plaintiffs are strong, well prepared, honest, and sincere, and have legitimate claims that show how the cruise ship’s carelessness caused their injuries, they have to litigate under a set of rules designed to make winning that much harder–the Federal Rules of Civil Procedure, Case Law, and the Federal Judges who are the referees that decide how the game or process is to be played. Much as in the Super Bowl, where one bad ruling can end the game, the same is true for the plaintiffs more often than not in these types of cases.

That is especially true when it comes to two crucial life-or-death moments that every person who ever sues a cruise line will face. Those moments are the Rubicon of cruise line litigation.  One is the dreaded Defendant’s Motion for Summary Judgment; it’s the darling trick shot of the cruise line defense strategy, one that they routinely execute with painful accuracy in virtually every case. It’s simply a motion or request to the trial judge to dismiss the entire case before it ever reaches the jury. If it were the Super Bowl, it would be like the referee calling the game in favor of the opponent’s team at halftime, rather than letting the full four quarters play out.

Imagine being at the Super Bowl, getting up at halftime to grab another Diet Coke and popcorn, and coming back to find the stadium emptying, lights going out, leaving just you and some guy sweeping up around your seat.  For more information about Summary Judgments in cruise ship cases, click here.  In the end, every case is different, but who the trial judge is can make a huge difference as to the chances of surviving long enough at least to get the case to a jury.

But imagine that, somehow, one successfully crosses the summary-judgment gauntlet; there is yet another play still to come: The Daubert Motion–to exclude a plaintiff’s expert from testifying about key elements of the case–including liability (what the cruise ship did wrong) and/or damages (what the injury is, the prognosis, medical expenses, and lost wages).

I’ve been on the wrong side of a Daubert motion and watched as a Federal judge simply dismissed the entire case in the midst of a trial–with our carefully chosen jury out for lunch, my injured client sitting baffled besides me–and heard the crushing sound of the gavel. I can close my eyes now and still hear that sound rattling in my head. That case, my case, is on appeal, so let’s discuss another case–one that fared far better.

The case involves a lady who slipped and fell on the Carnival cruise ship Inspiration, breaking her ankle, over which she sued them in federal court, claiming Carnival was negligent, or careless. She alleged that at about 5:30 a.m. on the last day of the cruise, she went out of her penthouse cabin, wearing flip flops, to the ship’s outdoor deck to take a walk; while she could see Carnival crewmembers active on the deck, it was too dark to appreciate what they were doing. She then slipped and fell on a “very wet deck.” None of the crewmembers claimed to have seen her fall. Her complaint alleged that her fall was due to water on the deck, poor lighting, and the absence of warning cones.

She returned to her cabin, where she woke her husband, who took her to the ship’s medical center. There, of course, they were met by CCL’s security staff, who always obtain a written passenger statement (which CCL will use to cross examine an injured passenger later if there is just the slightest discrepancy in any information provided) and to take her and her husband back on deck to identify the location of the fall. She testified that upon returning to the scene of her fall, with better lighting she could see the entire deck was wet and that there were no warning signs. However, she was unable to see any crewmembers washing the deck.

Carnival’s lawyers moved to strike her expert witnesses under a Daubert Challenge. Interpreting the case law and Federal Rule of Evidence that govern whether or not an expert will be admitted and permitted to testify rests squarely in the hands of the trial judge, who serves as the “gatekeeper.”  Such judges are supposed to give “considerable leeway,” and a Daubert Challenge “is not intended to supplant the adversary system or the role of the jury,” but it is frequently abused, resulting in devastating and disastrous results for the injured passenger.

In Federal Court, the party (in this case the plaintiff) has the burden of establishing that the expert’s opinions and qualifications meet the demands of the rules. It’s is a three-part test:

(1) the expert is qualified to testify competently regarding the matters he intends to address;

(2) the methodology by which the expert reaches his conclusions is sufficiently reliable as determined by the sort of inquiry mandated in Daubert; and

(3) the testimony is helpful to a jury, through the application of some kind of scientific, technical, or specialized expertise, to understand the evidence or to determine a fact in issue.

Specifically in this case, the plaintiff wanted to call two witnesses to testify as to her injuries: an orthopedic expert and a chiropractor, whose testimonies are crucial linchpins to connect her alleged injuries to her fall on the ship, versus their being simply a preexisting condition.

Carnival argued that the orthopedic expert’s testimony and opinion were inadmissible and unreliable because the doctor failed to clarify the plaintiff’s diagnosis, causes of her conditions, and did not eliminate other potential possible causes, which would be defined in medical analysis as “differential diagnoses.”

Fortunately, the trial judge disagreed with Carnival’s argument, which relied on complex case law involving complicated toxic tort cases with respect to the differential diagnosis. Carnival then argued that the orthopedist’s opinion was unreliable because the plaintiff’s complaints were subjective and chronic based solely upon the testimony of the plaintiff rather than any objective “medical evidence.”   However, the court found this argument misleading and out of context as Carnival relied not on what the doctor actually said but what another had written.

Carnival then argued that the expert’s opinion was unreliable since there was not ample documentary evidence to support his opinion on the nature of her injury. The trial judge found this defense also to be unpersuasive.

Next, Carnival asserted that the expert had relied on inaccurate information to reach his conclusions as to when, where, and by whom she was treated after the fall. The court found this argument to be “overstated,” finding that all of the information relied upon need not be perfect to be admissible. Rather than “completely eradicating” the doctor’s medical opinions, Carnival may use this potential error as “fodder for cross-examination” that “may decrease the weight and credibility of his opinion,” but that the doctor’s method “was not so unreliable that the Court can rule as a matter of law that the jury should not hear his opinion.”

Lastly, Carnival argued that the injuries she claimed were not caused by the fall. The doctor relied in part on the timing, from when she fell to when she first reported her injury and sought treatment, to support the opinion that the fall must have “caused” the injuries. This sort of reliance on the timing of an accident versus when treatment or diagnosis is sought is called the classic post hoc ergo propter hoc fallacy, which “assumes causation from temporal sequence.”  Fortunately, the trial judge here found Carnival’s argument equally flawed because the experts were relying on far more than the temporal relationship as the basis of their opinions.

If you have been injured while on a Royal Caribbean, Carnival, Celebrity, NCL, Disney, Princess, MSC, Holland America, Regent Seven Seas, Oceania, or other major cruise line, we recommend that you contact an experienced cruise ship accident law firm as soon as possible. Since 1991, our maritime accident attorneys have successfully fought on behalf of injured passengers from around the world against the major cruise lines when they have been injured because of the cruise ship’s careless operation, design, maintenance, or staffing.