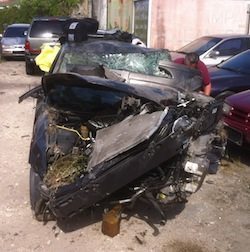 Doral, Florida’s history is substantial compared the neighboring cities– and has become one of the fastest growing areas in the State of Florida. The City of Doral developed in the late 1950’s when Alfred and Doris Kaskel purchased 2400 acres of swampland between NW 36th Street and NW 74th Street and from NW 79th Avenue to NW 117th Avenue for the lump sum of $49,000. Their intention, and first order of business, was to build and open a state of the art hotel and country club resort (complete with a golf course) to help attract visitors and investors from across the state. About twelve years later, in 1962, the Kaskels completed the construction of their golf course, resort and accompanying amenities and opened it to the public. The couple named their newest attraction “Doral”, a result of combining both Alfred and Doris Kaskel’s first names together, and the name has stuck ever since.

During the hotel’s second year of operation (then being the only structure in the newly christened “Doral”), the resort hosted its first PGA (Professional Golfer’s Association) golf tournament, appropriately named the “Doral Open Invitational.” It quickly became a major event in the world of golf and attracted many well-known professional golfers to the area. This was probably due in part to its incredibly high cash prize (for the time) of $50,000. As the city of Doral home page indicates, this $50,000 prize was relatively unheard of at the time. Especially when you consider the fact that there were only three other golfing tournaments being held in Florida at the time were offering a combined total of $65,000 in potential prize money. Today, the Doral area is renown for its golf courses and Spa facilities. It continues to draw visitors from around the state and has recently been recognized by Fortune magazine (2008) as one of the top 100 (51st) places to live and launch a small business (due to its proximity to Miami International Airport and various financial institutions in the surrounding area).

Despite its relatively short existence (becoming incorporated in 1995 and eventually being formally recognized as a new city in 2003), Doral continues to have a surprisingly large quantity of accidents. On a similar note, Doral is also perennially recognized for having some of the most dangerous intersections in Miami-Dade County, the most accident-prone county in the state of Florida (recording an estimated 42,171 traffic accidents in 2011).

If you, a family member, coworker or friend has been injured in a serious car accident in Doral, the experienced traffic accident attorneys at Aronfeld Trial Lawyers will do all we can to assist you in obtaining needed medical care and treatment and recover money compensation for lost wages, medical bills and pain and suffering.

Our firm takes pride in the legal services we provide our clients, attacking each case with the same diligence, and treating our clients with the utmost respect and dignity. We are a family oriented firm and take special interest in representing injured children (of all ages). On behalf of our entire legal team, it would be an honor to represent you.