How Can Mediation Help Your Case? 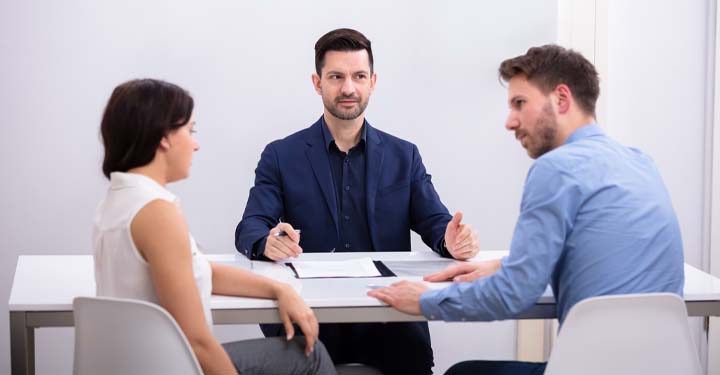 My name is Missiva Khacer; I am a licensed attorney in France and a recent graduate from Saint Thomas University School of Law. On Friday October 3, I was invited by Spencer Aronfeld, a Miami cruise ship passenger accident lawyer, to observe a mediation between an injured passenger “Plaintiff” represented by Aronfeld, who is a personal injury attorney who focuses on international maritime cases and the defendant, one of the world’s largest cruise ship lines. Due to the confidentiality of the process, I will neither disclose the parties’ name nor the details of the settlement discussions that occurred during the mediation.

Many of you may wonder what is a mediation. According to the Online Legal Dictionary, mediation is defined as “the attempt to settle a legal dispute through active participation of a third party, called a mediator, who works to find points of agreement and make those in conflict agree on a fair result.” Legal definitions can sometimes be fancy or hard to comprehend; the best way for one to understand this crucial legal process is to share with you my personal experience and observation during the “mediation”.

Ms. Plaintiff was injured on a cruise ship, and flew all the way from Virginia to Aronfeld’s Coral Gables office in order to mediate her case with the opposing party’s counsel. Ms. Plaintiff claimed that she was severely injured and had to undergo knee surgery as a result of her injury. What I learned from being part of that process, is that the purpose of mediation is to help opposing parties communicate with one another, to understand each other and if possible to reach an agreement that satisfies everyone’s needs. For Ms. Plaintiff, it was an alternative to going to trial that not only saved her time but also the high cost and long delays associated with the trial of civil matters. In mediation there is no third party, such as a judge or jury that will make decisions; the parties involved make the agreements. In France, the process is completely different and we do not have this mechanism in personal injury cases.

The Role of Mediation in a Case

The mediator was Mrs. Barbara Locke, the impartial third party in this case. Her job was to help get the case settled and give her feedback to the parties if asked. Ms. Locke focused on the damages because in Ms. Plaintiff’s case the main dispute was damages. Unlike many cases, both parties had no doubt as to what caused Ms. Plaintiff’s injury. The mediator started the mediation by introducing all the parties and talking about the confidential process of mediation. Then she let both sides explain their side of the case, without interruption. After this step was completed and both sides argued their strengths and minimized their weakness; Mrs. Locke took the opposing party into a private office and returned to talk to Mr. Spencer Aronfeld and Ms. Plaintiff in more detail. At this point, the mediator’s job was to go back and forth from one party to the other and try to get the parties to negotiate the case to reach a settlement.

Ms. Plaintiff’ s attorney, Spencer Aronfeld Esquire, who has over 25 years experience in litigating cases, took his client to a private office where he communicated Ms. Plaintiff with the opposing party’s offer. Mr. Aronfeld explained to Ms. Plaintiff the advantage of settling the case and the potential risk of going to trial, how a jury would likely judge her case, which is the most important factor in making an intelligent determination of whether to settle a case or not, and what to settle for. Throughout the mediation process, Ms. Plaintiff remained an active participant and has real power in effecting an acceptable outcome. In fact, Mr. Aronfeld emphasized to Ms. Plaintiff that she was the one with the power to settle or not to settle the lawsuit. I believe that plaintiff’s power at mediation is greater than at trial, where the plaintiff will be subjected to cross-examination and judged by a panel of complete strangers whose verdict is impossible to predict. Ms. Plaintiff decided to settle her case and left Aronfeld’s Law Firm office satisfied with the result. Through the mediation process, and reaching a settlement, Ms. Plaintiff was able to not only take control of her case but also to find a sense of closure and move on with her life.