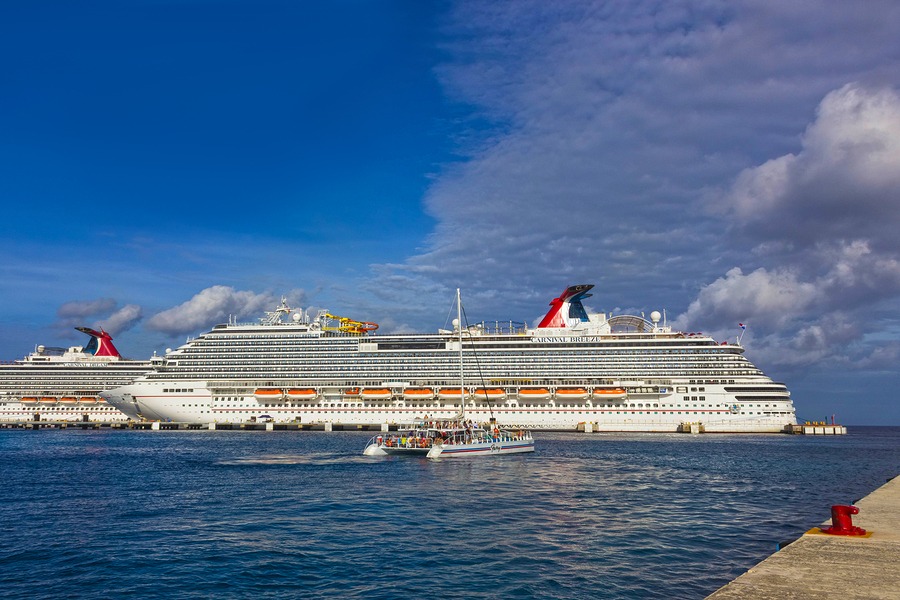 As cruise ships docked off the U.S. coast have been given the “all clear” to disembark, cruise companies are refusing to follow the terms dictated by the U.S. Centers for Disease Control (CDC) to arrange private transportation for crew members to return to their home countries.

The CDC has said they will allow ships to disembark so long as the cruise companies arrange this private transportation to repatriate crew members trapped on their ships. A number of vessels have been docked at various U.S. ports, and not allowed to disembark due to concerns regarding coronavirus (COVID-19).

The CDC has required cruise executives to sign agreements with the CDC, holding them accountable for the process of ensuring that everyone on their ships can safely disembark. Cruise companies are now arguing that requiring them to arrange private transportation for their crew is too expensive and cost-prohibitive.

A reported 100,000 individuals, mostly crew members and some passengers, are currently stuck in limbo on ships off the cost of the U.S. While many of these individuals are U.S. citizens, cruise companies also regularly employ foreign workers, which means these people need to be offered a way to get home safely.

Cruise companies have bent over backwards to get passengers back home by chartering flights and arranging private transportation, leaving crew members to wonder why their employers cannot do the same for them.  For example, a reported 954 crew members are stuck on the Celebrity Infinity, a vessel owned by Royal Caribbean Cruises Ltd. These crew members have been on the ship for a month after the industry effectively shut down mid-March. Their crew members were, at one point, told they would be getting off of the ship only to then be told later that their employer’s legal department would not be agreeing to CDC terms, meaning they were stuck on the ship indefinitely.  This news understandably upset crew members who have been anxious to return home to their loved ones during this stressful time.

A similar decision was made by Carnival Corp. who has refused to agree to the CDC’s terms, thereby trapping crew members on the Holland America Oosterdam vessel.

The CDC had given a deadline of April 22 for cruise companies to provide them detailed plans on how they will be preventing further COVID-19 outbreaks on their ships and how they would be repatriating their crew on their ships.  The CDC has also provided guidelines to help cruise companies arrange for private transportation to get their crew members home safely. This process includes medical screens for all people being allowed to disembark, providing face covering, and instructing those let off the ships to stay home for 14-days and practice proper social distancing, along with several other provisions.

These specific requirements the cruise companies did not dispute. However, an agreement must also be signed by the cruise company’s Chief Medical Officer, Chief Compliance officer and Chief Executive officer that says that “false or misleading statements or omissions may result in criminal and civil actions for fines, penalties, damages, and imprisonment.” It is this provision that has cruise companies upset.

This delay has crew members distressed. The Celebrity Infinity let passengers disembark on March 14 in Miami. However, crew members have been on the ship since that time with no definite timeline on when they would be allowed to leave. Crew members were told to enjoy themselves and take advantage of the ship’s amenities just as if they were on vacation. However, after a crew member was hospitalized with COVID-19 on March 23, crew members were then kept in isolation in crew cabins. The isolation on board has taken its toll. Many have said that they feel like prisoners on their ships, but they hesitate to speak out for fear of retaliation.

Carnival has said they have repatriated 10,000 crew members through charter flights thus far, but some of their U.S. based ships, including the Carnival Freedom, were left out of the plan announced on Wednesday. The company’s Chief Maritime Officer testified in federal court that the company still has 72,000 crew members on their ships and that he expects some will still be there in a month’s time.

Norwegian Cruise Lines also has crew members trapped on their ships, including the Norwegian Getaway and Norwegian Escape.