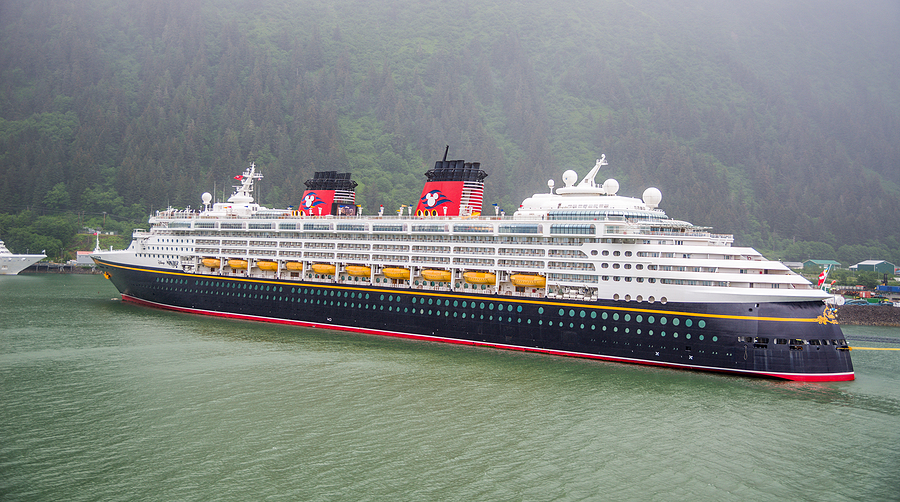 Disney Cruise Lines announced they will be adding a new cruise ship to its fleet, as well as a new destination. This announcement was made at the D23 Expo and comes just after Disney launched its newest vessel, the Disney Wish, in July.

The newest vessel will be named the Disney Treasure, and it will be the sixth vessel in the Disney Cruise Line fleet. The ship will be designed with an Aladdin “Arabian nights” theme. A concept video for the vessel was played at the D23 Expo, showing that the ship’s theme as one of adventure with the film in mind.

Disney’s tradition is to have a signature atrium statue featuring Disney characters on each ship. The Treasure will feature a signature statue of Aladdin and Jasmine riding the Magic Carpet.

The Treasure will offer 1,254 guest staterooms for passengers and will also have a Grand Hall, focusing on the theme of adventure. In their promotional video, Disney stated they encouraged their guests to seek treasures throughout their own experiences. The design elements throughout the ship pay homage to Agrabah from Aladdin, with real-world influences from both Asia and Africa.

The vessel is scheduled for delivery in 2024, and it will be the second of three new cruise ships planned to launch through 2025.

Disney also revealed a new destination in the Bahamas in their announcement made at the D23 Expo. This destination is called Lighthouse Point, and it is Disney’s second island experience housed in the Bahamas. The resort is located on the island of Eleuthera. The plans for the island highlighted a colorful retreat for guests with beaches, a recreation center, various dining spots, a cultural pavilion, shops, and a water playground.

Disney has said they are committed to maintaining the cultural integrity of the island, including only developing less than 20 percent of the property. They will be donating more than 190 acres to the island’s government. They have also stated that solar energy will be used to power 90 percent of their resort’s needs.

Additionally, Disney has announced that they will begin offering cruises for the first-time next year in both New Zealand and Australia. The available trips will be on the Disney Wonder. These “Disney Magic at Sea” cruises will set sail in October 2023 and will last through February 2024.