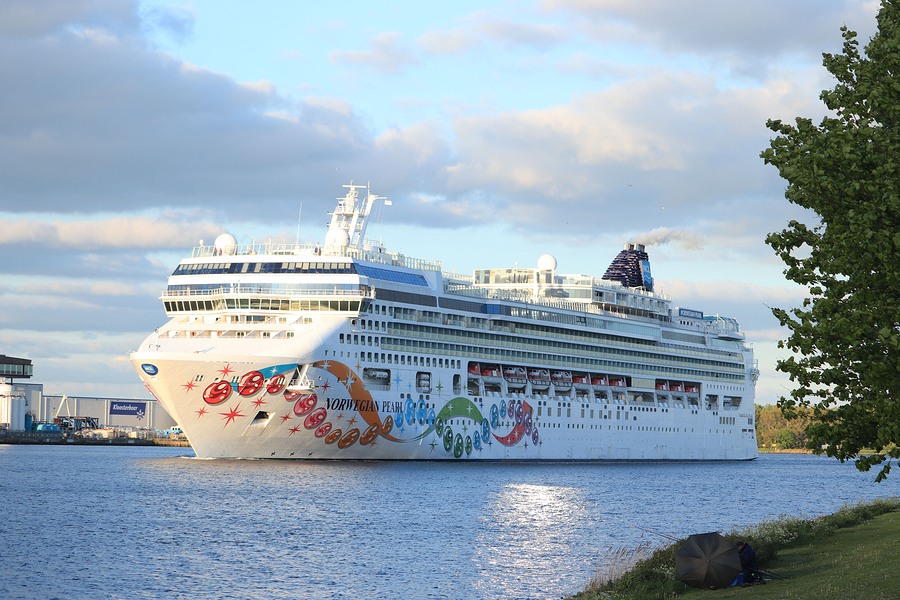 In an incident that has rekindled attention to the matter of safety while swimming aboard cruise ships sailing the high seas, a six-year-old boy from Florida drowned on Carnival’s Victory cruise ship while heading back home on a four-day cruise. The boy, Qwentyn Hunter, was in the company of his ten-year-old brother, Jermaine Hunter, at the time of the incident.

Qwentyn and his brother had pleaded with their father, Caselle Hunter, to be allowed to take a last dip in the ship’s pool, and their father allowed them since it was probably the last chance they were going to get before finally hitting land. There were no lifeguards at the pool and no other swimmers except for the two boys. Caselle watched the boys for a while but was carried away by a discussion with one of his wife’s church friends and took his eyes off them for a minute.

His attention was to be sadly brought back to them when the DJ, who had been setting up for a performance as the kids entered the pool, suddenly shouted for someone to pull a drowning kid out of the water. A stranger jumped into the pool and pulled out the boy while Caselle turned around only to see the stranger carrying the boy out of the pool. It turns out that his elder brother had stepped out of the pool to dance to the DJ’s first few songs of the session and had left Qwentyn alone in the pool.

Once Qwentyn was out of the water, other passengers and crew from the ship tried to resuscitate him. His mother, Tashara, emerged from her cabin to find her son battling for his life at poolside. After extensive efforts by the ship’s doctor, Qwentyn was eventually pronounced dead, and the parents were left devastated. Back on land, Carnival released an official statement expressing their heartfelt sympathy for the relatives and friends of the young boy. That was about all that was heard on the matter through official channels. But in the statement there was also something that added to a discussion that has been going on for a while–the reason why there were no lifeguards at the pool when Qwentyn was drowning.

Is Carnival To Blame?

According to Carnival’s official spokesman, Roger Frizzel, the cruise line maintains that the best people to supervise swimming children are their own parents, and there are clear signs all around the pool informing parents of the same. This is the same policy adopted by most of the other major cruise lines as well, and in such events, they do not provide any compensation to affected families beyond funeral and other minor expenses. Qwentyn’s parents were quick to point out that they were less interested in financial compensation since that would not bring their son back. All they asked was that Carnival and other cruise lines employ lifeguards to prevent the same tragedy from happening to other families aboard their ships.

Except for Disney, the other three major cruise lines–namely Carnival, Norwegian and Royal Caribbean–all do not employ lifeguards. In fact, Disney started employing lifeguards only in 2013 after a four-year old Minnesota boy almost drowned while swimming in the pool of their Disney Fantasy cruise ship. The boy suffered serious brain injury requiring lifetime treatment, and Disney was forced to pay millions of dollars in settlements.

According to an article published by the New York Times and aptly titled “Cruise Ships Are Unregulated Trouble on the High Seas,” the problem stems from the fact that Congress has largely allowed the industry to operate unregulated for more than a century. There is very little governmental supervision of their activities, an, until six years ago, cruise lines did not even have to report deaths that occur at sea to the Coast Guard.

According to information provided by the Cruise Lines International Association, an average of 340 child fatalities caused by drowning are reported every year, but only two-to-four of those occur while children are on cruise ships. Since Qwentyn’s drowning aboard the Victory, there have been at least eight more child fatalities and two adult fatalities due to drowning while on cruise ships. While this number may seem small, the agony and pain suffered by parents like Caselle and Tashara who lost their boy that day might be good reason to consider hiring lifeguards on cruise ships.

Victim of Injury or wrongful death on cruise

If you or a loved one has been injured during a cruise, we recommend that you speak to an experienced cruise ship accident lawyer immediately.  We provided a free and confidential initial consultation to anyone around the world who may have a potential claim against a cruise line like MSC, Disney, Carnival, Royal, Norwegian, Celebrity, Holland America, Princess, Regent Seven Seas, and others.  Call us today, toll free at 1-866-597-4529 or 305-441-0440, email us at[email protected], or SKYPE us. We are ready to help.