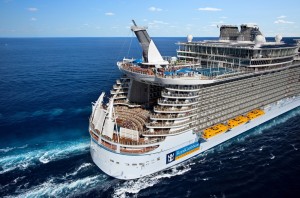 Royal Caribbean Cruise Line (RCCL), one of the world’s largest cruise line companies, maintains its sprawling corporate headquarters at the Port of Miami. The Port of Miami also happens to be the world’s busiest passenger cruise line terminal—located within walking distance of Miami’s Federal Courthouse, where all cruise line passenger injury cases have to be litigated. Soccer legend David Beckham ignited a frenzy recently when he announced his plan to bring a professional soccer team and a new stadium to Miami. Apparently, he did not check with RCCL, because according to the Miami Herald, his proposed site covers RCCL’s swanky offices. RCCL’s corporate executives have been meeting quickly and privately with Miami government officials to derail Beckham’s plan. One such meeting apparently occurred without RCCL’s obtaining the appropriate lobbying license.

Whether that was an oversight or not, I can certainly understand RCCL’s reluctance to relocate their offices or make the port traffic even more congested. Having been in RCCL’s offices to take the depositions of corporate representatives in cruise line cases, I can report that they are some of the nicest I have seen in more than 20 years of litigation. In many ways they look and feel as if you are on a cruise ship, and I am sure that is by design. For instance, the employee cafeteria—where I ate before the deposition and during a break—is much like the buffet line one would experience aboard an RCCL ship. It is immaculate, with great food and a view of the port.

INVESTIGATING AN ACCIDENT ON A CRUISE SHIP

Suing a cruise line, such as RCCL or Carnival, requires depositions, which are essentially interrogations or oral questions, answered under oath by a person or persons authorized by the defendant to testify on its behalf. Those depositions are taken to learn the facts of the accident and the company’s defenses. Since cruise ship accident cases are almost always filed in Federal Court, these depositions are taken under the Federal Rule of Civil Procedure 30 (b) (6). Currently, we are litigating many cases in Federal Court against IKEA, Target, USAA Insurance, Carnival, and RCCL, for a variety of injuries ranging from broken legs, to knee, shoulder, and hand injuries.

Before any deposition is conducted, a notice must be sent telling the cruise line or other defendant who will be deposed, and when and where the deposition will take place. Under most circumstances, the parties can agree as to the time and location of these depositions. Sometimes they are taken overseas, particularly in cruise line injury claims, since the crew-members or witnesses may live in foreign countries.

WHOM DO YOU WANT TO DEPOSE?

In many instances, for instance in my deposition of the RCCL corporate representative, I did not know the name of the specific person who would know the particulars of such things as a given ship’s maintenance log, security records, or hiring protocol. So a general description of the request is given, and it is up to the defendant either to produce a person who would know, or to object to the request–which, by the way, they often do.

WHAT SHOULD THE WITNESS BRING?

At these 30 (b) (6) depositions, I often ask the witnesses to bring with them or produce certain documents that correspond to the areas of questions I have. For example, if we are deposing maintenance or security witnesses, we would want them to produce the inspection policies, procedures, and logs as well as the employment files of the particular witnesses. Often these requests are objected to, requiring the judge to decide if the request or the objection is valid.

HOW LONG CAN THE DEPOSITION LAST?

The depositions are recorded by a court reporter and often a videographer as well, and their duration is limited to one day of seven hours, which is more often than not enough time. However, on rare occasions depositions of even a single corporate representative can take days. Obtaining the correct information to win any personal injury case can be time-consuming and very expensive. This is why it is important to hire experienced personal injury cruise ship lawyers when taking on colossal defendants like Royal Caribbean, Carnival, Celebrity, MSC Divina, or Disney cruise lines.

HOW MUCH IS MY CRUISE SHIP CASE WORTH?

We are passionate about and experienced at helping people hurt on cruises hold those cruise lines accountable when and if they put their profit ahead of the safety of others. We proudly provide free initial no-fee/no-cost consultations via SKYPE, email, or Toll-Free at 1-866-597-4529. Call us today.