Injured Cruise Ship Passengers Are Not Covered By This… 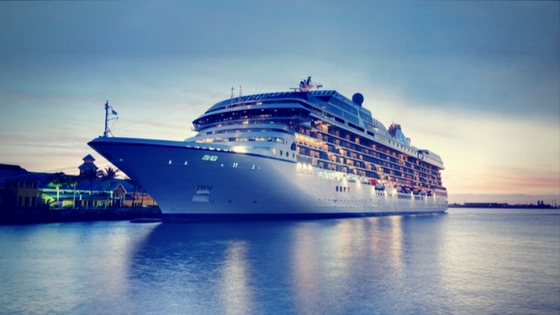 In the aftermath of a cruise ship accident, injured cruise ship passengers are often irritated and angry to learn that several aspects of contract and maritime law don’t work in their favor. One of the biggest frustrations is instance by the major cruise lines, through contractual provisions, that any injured passenger files a claim with the federal district court in Miami, Florida. According to the agreement made on the back of every passenger ticket, this is the only place to make a valid claim.

Similar procedural and substantive restrictions exist within the maritime law. One such restriction is the application of the warranty of seaworthiness found under maritime law. When passengers hear of this specific warranty, they erroneously believe it offers them additional protection aboard cruise ships. It doesn’t, and believing otherwise can lead to a false hope for their claims against cruise lines.

What Is Maritime Law?

Maritime law is the body of law, formed through written statutes, customs, and treaties, including conventions from the International Maritime Organization, that govern legal matters involving ships and actions on international waters. The body of law began with Egyptians, and Phoenicians, the two cultures that were responsible for the majority of trade through the Mediterranean Sea in ancient times. These traders needed standards for dealing with individuals from other countries and places, and the result was the first set of maritime rules and practices. Collectively, maritime law is frequently referred to as admiralty law.

Maritime law was born out of a need to regulate trading among different countries and across international waters. However, it’s evolved to encompass all manner of commercial trade by sea. While cruise lines now transport a massive number of private passengers for leisure, maritime law is still applicable to cruise ship accidents, injured cruise ship passengers, and recovery from cruise accidents.

What Is the Warranty of Seaworthiness?

Ship captains must ensure their vessel is fit and ready for it’s assumed voyage. This means verifying that the ship and its components are seaworthy, and this guarantee of seaworthiness is made from captain to crew each time a ship leaves the port. Unfortunately for passengers aboard major cruise ships, such warranty doesn’t extend beyond the working crew.

Several claims against cruise lines have tried to argue that an injured passenger is due certain compensation or damages based on the implied warranty of seaworthiness. However, these claims fail. As a Federal case in the 11th Circuit stated back in 2000, passengers simply aren’t included in the guarantee of seaworthiness. In this specific case, a cruise was delayed out at sea due to a fire aboard the ship. Passengers injured in the blaze or damaged due to losses caused by the delay attempted to argue that the cruise ship was unfit for travel in the Gulf of Mexico. But this argument was quickly defeated.

The inability to pursue a claim based on the warranty of seaworthiness does not leave injured passengers without options. There are other forms of legal recourse available to injured cruise ship passengers. For example, in the case involving a fire on the Carnival Cruise ship, the passengers likewise sued for maritime negligence. This argument was more favorable to the 11th Circuit, and the passengers were eventually awarded over $118,000 in damages.

Sometimes other theories of personal injury and similar rights under Maritime Law are available to a passenger hurt or injured aboard a cruise ship. However, it takes a skilled and knowledgeable cruise accident lawyer to make these arguments successfully.

If you are interested in discussing a cruise injury or the possibility of a claim against a cruise line, contact that experienced cruise accidents attorneys at Aronfeld Trial Lawyers. Our Miami, Florida office can be reached at 1-866-597-4529 or (305)-441-0440. Our Miami office can also be reached by email at [email protected].