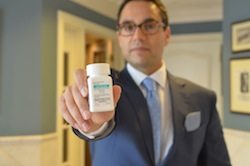 As a Florida Actos lawsuit lawyer, I have closely followed the country’s first Actos jury trial which recently took place in Los Angeles, California. In that case, the plaintiff claimed that Takeda, the manufacturer of Actos, failed to warn him of the risk of developing bladder cancer associated with the drug. This is the same theory that we are alleging on behalf of the clients we are representing across the country in the consolidated proceedings in Federal Court in Louisiana.

After a nine week trial, a California jury awarded the plaintiff and his wife $6.5 million. Unfortunately, the trial judge overturned the verdict on a supposed legal technicality. Even though the California case was filed outside of our consolidated group of cases (MDL) pending currently in front of Judge Doherty in Louisiana, there is much we can learn from how the evidence was presented and what legal issues we will face when the first bellwether Actos Bladder Cancer case is tried in Federal court in a few months.

The claimant,79 year old Jack Cooper, worked for Pacific Bell Telephone Co., and had taken Actos for five years to treat his diabetes before he was diagnosed with bladder cancer. He claimed Takeda failed to warn him, the public and his doctors about the increased risk of bladder cancer associated with Actos while continuing to market the drug as both safe and effective. An appeal will surely follow.

Currently, the bellwether or “test case” against the manufacturer of the diabetes drug Actos is set before Judge Rebecca F. Doherty at the United States District Courthouse in Lafayette, Louisiana on January 27, 2014.  The schedule of the trials are as follows:

With the trial just a few months away, the Actos claims lawyers in our Miami office are preparing the necessary information and investigating claims on behalf of people across the country who after taking Actos have developed bladder cancer.

To facilitate the trial preparation for both parties, Judge Doherty has scheduled monthly meetings in her chambers for the lawyers representing Actos claimants and Actos’ defense lawyers. At each meeting a specific agenda is heard to discuss everything from expert witnesses to the admission of particular evidence. With only a few months before the first Actos trial, Judge Doherty has scheduled the following case management conferences:

Those who have taken either Actos (Pioglitazone) to treat diabetes Mellitus Type 2 or for a weight loss program should be aware of the recent studies from the FDA and other respected medical sources showing the potentially fatal side effects from taking Actos.

If you or a loved one are currently taking Actos, or if you have taken Actos in the past and have had been diagnosed with bladder cancer or have experienced a serious cardiovascular event, find out how the Aronfeld Trial Lawyers can help you by contacting our firm for a free consultation today: 866-597-4529