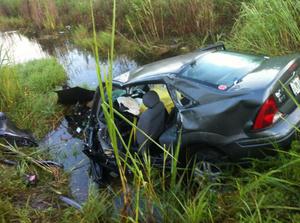 Key Biscayne Florida is an exclusive island community located south of Miami Beach. According to the 2010 Census Key Biscayne is home to approximately 12,344 residents. Key Biscayne, Florida, alternatively known as “The Village” is connected to the greater Miami metropolitan area by the enormous Rickenbacker Causeway. The Rickenbacker Causeway was completed and opened for the public in November of 1947. It was named after Eddie Rickenbacker, a respected pilot who flew during World War I and the former president/ founder of the Miami-based Eastern Airlines. The Rickenbacker provides the greater Miami area access to the Miami Seaquarium, Virginia Key Park, the University Of Miami Rosenstiel School Of Marine and Atmospheric Science, and the Village of Key Biscayne.

In the late 1960’s and 1970’s, the properties surrounding the Rickenbacker Causeway began to increase in popularity, largely due to the American television series “Flipper” and the Miami Seaquarium’s first time display of an Orca or “Killer Whale” named Hugo. This new found success caused several problems including overpopulation of the island’s beaches. It is said to have caused a lot of crowding, especially near the Causeway’s drawbridge across what is known as the international waterway.

Thousands of visitors and residents visiting Key Biscayne’s tourist destinations (ie. Miami Sequarium and the many beaches), have caused much wear and tear on the Rickenbacker Causeway and its supporting structures (steel beams and worn concrete). Five years later, the William Powell Bridge’s construction phase was completed and opened to the public (costing the city around $27 Million).

The area—Key Biscayne—was incorporated as a new municipality in 1991, becoming the first new city in Miami-Dade County in over fifty years. In the same year, the new city elected Rafael Conte to their Mayoral position, providing local control over taxes and future development of Key Biscayne. This exciting time was short lived because the State of Florida was hit by a devastating Hurricane in 1992, Hurricane Andrew, destroying several homes, businesses, and parks.

In the years following Hurricane Andrew, many contractors and developers have been constructing several large resort hotels, condominium complexes, and shopping centers. This development has increased the commercialization and evolution of the island’s once bucolic lifestyle to one of rapid growth and fast paced integration. As of a 2010 census report, Key Biscayne has over 4000 households, of which, 32.3% have a child under the age of 18. The city is also expanding its reach demographically, becoming a melting pot for Latin American culture (including Brazilian, Colombian, Venezuelan, Peruvian, and Nicaraguan).

In 2011, Bloomberg Business Week recognized Key Biscayne as one of the fifty wealthiest zip codes in the United States (40th).

The construction of these housing developments and tourism destinations (i.e. Hotels and condominiums for rent and ownership) has caused the population to boom, causing controversy to rise among many of the long-time residents, questioning if the island village can support its newfound population density. With Key Biscayne’s land area only about 1.23 square miles also taking into account the exponential population growth the chances for car accidents are undoubtedly going to increase.

An incredible amount of car accidents especially those involving cyclist have in and around Key Biscayne over the past five years. In Miami-Dade County—over 40,000 in 2011—into account, it is proving to be an unfortunate staple in the South Florida lifestyle. To read more about cycling injuries in Miami and in Key Biscayne read Spencer Aronfeld’s blog for the Huffington Post: “Why Miami is a Dangerous Deathtrap for Cyclists.”

In an effort to minimize the damages associated with traffic accidents in Key Biscayne, we implore you to take the necessary safety precautions when operating your cars, motorcycles, bicycles, and other modes of transportation. If you should be involved in an accident and are seeking legal counsel, please take advantage of Aronfeld Trial Lawyer’s free consultation and let us help make the best of your situation. We take immense pride in providing quality legal representation, treating you with dignity, respect, and understand the serious physical, financial and emotional consequences of your predicament.

Let Us Fight For You