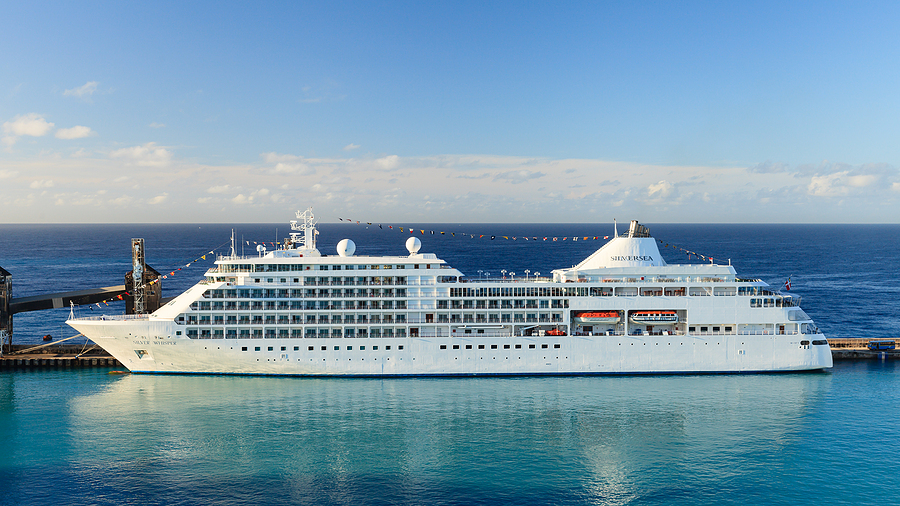 Traveling to foreign and exotic ports on a luxury cruise ship can be an amazing way to see the world. However, it can turn quickly from a dream to a nightmare for passengers who are injured while at sea or while in port. For more than 22 years I have represented passengers who have been injured on cruises and have gone to battle against these big corporations on behalf of our clients. The worst case scenario occurs when an elderly or child passenger must be hospitalized in the port of call. To make matters worse in these situations, the cruise line will often leave the passenger to fend for themselves in a country where they do not speak the language and have no contacts.

Elderly Florida Couple Injured While on a Cruise Ship in Turkey

This week, Jill and Dodge Melkonian, both 89 of Clearwater, Florida were passengers aboard a Azamara Club Cruise in Turkey. Early Monday morning, Mr. Melkonian tripped and fell aboard the ship and fractured his hip. He was admitted into a hospital in Bartin, Turkey, and the couple was left to fend for themselves when the ship departed without them. According to reports given to ABC News, no one at the hospital spoke English, the facilities were filthy, and women were forbidden to enter the hospital room due to local Turkish customs. Additionally, since the hospital in Bartin reportedly was not equipped to perform reconstructive surgery on Mr. Melkonian’s hip. The family had asked Royal Caribbean to assist them in having him transferred to Istanbul, with their passenger injury insurance, but they were told they would need to file a written claim first.

The Cruise Line Won’t Help: US Embassy Steps In

Eventually, Mr. Melkonian was transferred to the American Hospital in Istanbul but with help from the United States Embassy, not the cruise line.

Azamara Club Cruises, formerly known as Azamara Cruises is a wholly owned subsidiary of Royal Caribbean Cruises and has two ships: Azamara Journey and the Azamara Quest. Since its inception in 2007, Azamara has marketed itself a high-end luxury cruise line. Initially it was envisioned as an extension of Royal Caribbean’s Celebrity Cruises’ sub-brand Celebrity Expeditions, but it later was branded on its own as Azamara.

According to United States Senator Bill Nelson, a Democrat from Florida, “it’s outrageous that they would leave an elderly couple in a foreign country without adequate support.” He is absolutely right, but unfortunately, there are no laws that require cruise lines to act any differently in these situations.

A Recent Client Suffered a Brain Injury While on Cruise

Currently, our cruise line passenger injury law firm in Miami is representing a 10 year old Chinese boy who was also injured aboard a Royal Caribbean Cruise ship earlier this year. He suffered a severe brain injury while participating in an activity conducted in ship’s kid’s club. He and his family were forced to stay in the Bahamas for weeks while he recovered from life saving brain surgery. Royal Caribbean simply left the family behind.

Fortunately they were in the Bahamas and the child’s parents both can speak basic English, but the situation could have been far worse. Can you imagine your child being left behind to suffer from a life threatening injury in a foreign country?

Suing Royal Caribbean and the Impact of the Passenger Ticket Contract

We have filed a lawsuit against Royal Caribbean on behalf of the child in the United States Federal District Court for the Southern District of Florida in Miami. Even though the accident occurred in the Bahamas and the claimants are from Shanghai, the lawsuit was required to be filed here within one year of the accident. This is the case on nearly every cruise ship injury because the relationship is governed by the contract of carriage or passenger ticket contract. This often comes as a shock to passengers who are filing claims with their local attorneys who are unfamiliar with how to successfully sue a cruise line.

Requirements and Complications of Suing Cruise Lines in Florida

Cruise ship passengers injured while on their cruise are required to file claims in Florida’s Southern District Court. This can be very expensive and difficult for international passengers who are forced to travel to Florida for depositions, independent medical evaluations, mediations and lengthy jury trials.

We wish Mr. Melkonian a speedy recovery and advise to contact an experienced maritime lawyer as soon as possible in order to preserve his legal rights. The reason we did not mention Mrs. Melkonian is because unlike most personal injury claims in the United States, spousal loss of services and consortium are not recognized in Maritime law. In other words, she has no legal right to obtain compensation for the emotional pain and suffering she has unquestionably experienced also as a result of his fall.

If you or someone you know has been injured due to the negligence of a cruise line, please email me, Spencer Aronfeld or contact our office toll free: 866-597-4529. We specialize in holding cruise lines responsible for their negligence and are working towards permanently improving the regulations which currently allow cruise lines to avoid liability for their actions.