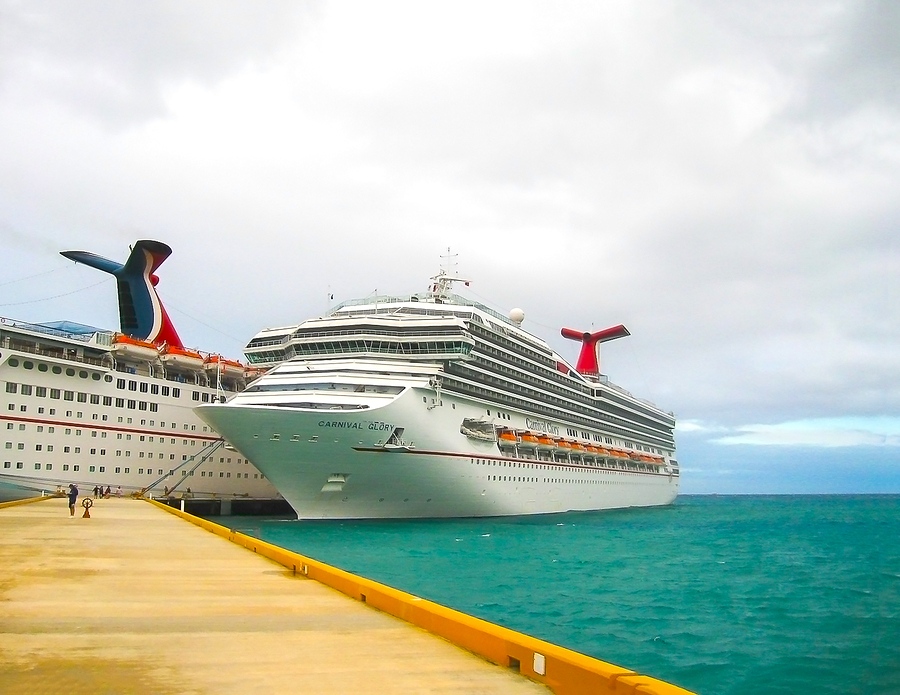 At approximately 8:50 a.m. today, two Carnival Cruise ships collided at a port in Cozumel, Mexico. The Carnival Glory was turning into the dock when it struck the Carnival Legend, which was already alongside it, according to a statement released by Carnival.  Video of the cruise ship crash has gone viral online and on social media.

At least one passenger injury has been reported, which occurred during the evacuation of the dining room on Decks 3 and 4, a spokesperson for the cruise line confirmed.  This is an ongoing story and damages and injuries are still being assessed.

If you have been injured on a cruise, on a wet and slippery deck, down a poorly lit staircase or steep gangway, in port on an excursion, or on a tender boat- it is important that you speak as soon as possible with a lawyer who specializes in personal injury claims against cruise lines. Most cruise lines, including Carnival, Royal Caribbean, Celebrity, Norwegian, MSC, Disney, Holland America, Princess, Costa, Regents Seven Seas and Oceania require that claims against them be pursued in a very specific place under very strict deadlines. Failure to comply with each individual cruise lines deadlines can result in a complete loss of any and all legal rights.