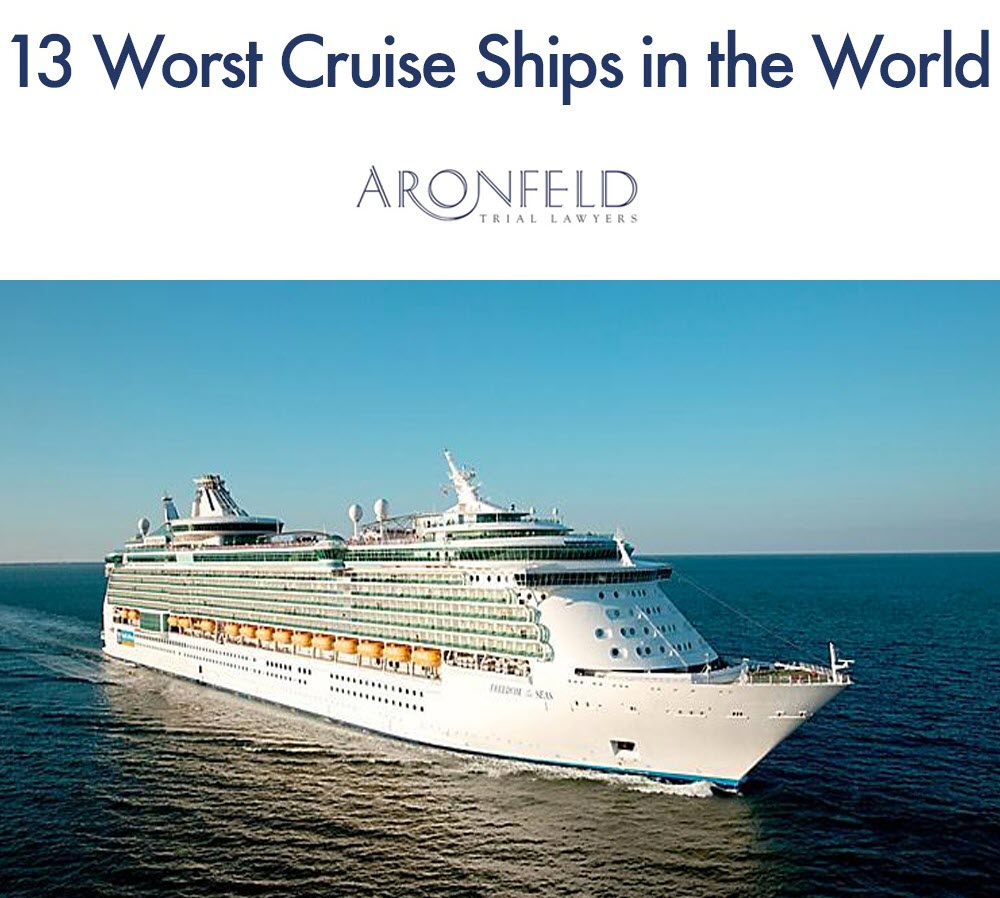 Cruise vacations are an excellent way to rest and relax, but on certain ships, the pictures that passengers have in their minds does not match up with the actual experience. The following ships have been met with less than enthusiastic reviews from passengers.

Royal Caribbean Ovation of the Seas

For the most part, Royal Caribbean offers top-of-the-line amenities onboard its 27 ships. However, not all vessels have received positive responses from passengers, including the Ovation of the Seas.  This ship has received three out of five stars from passengers who report that the ship includes many underwhelming features. The ship may be massive, but passengers have complained about the ship’s small dining spaces, average pools, and mediocre food. Even features that are meant to be impressive, such as the ship’s robot bartenders, do not add much to the overall experience.

Royal Caribbean Quantum of the Seas

Another Royal Caribbean vessel, the Quantum of the Seas, has been met with mediocre reviews. This ship was built in 2014 and was the largest of its kind at the time it was launched. However, as the years have passed, the ship has not changed with the times. The ship originally sailed in the Caribbean but now is exclusive to the Chinese market. Cold food and longboarding processes have been major factors as to why this ship has received a rating of three stars.

The Princess Cruise Majestic has also received a rating of three stars. Despite its name, the ship’s experience is less than majestic. Many of the reasons for the average rating have to do with the ship’s poor design, small cabins, and theaters, as well as staff shortages. This ship currently sails off the Australian coast.

The Meraviglia is the largest ship offered by MSC with a capacity of carrying 4,500 passengers. The ship sails to destinations in both Europe and the Caribbean. Despite its size and the destinations offered, the Meraviglia has received a rating of three stars from passengers. Mediocre food, a lack of activities on the ship and unfriendly staff have been why this vessel has been met with less-than-enthusiastic reviews.

Another MSC vessel, the Lirica has also received three out of five stars in passenger reviews. This ship was built in 2003, which makes it one of the older vessels in the MSC fleet of ships. Passengers have complained about the food quality and poor customer service, as well as its lack of entertainment options on the ship.

Launched in 2001, the MSC Armonia is the oldest ship offered by this cruise line. Like the Lirica, the Armonia has received three out of five stars from passenger reviews. Passengers have complained about the poor food quality, as well as limited dining options. Lackluster customer service and poor cleaning standards have also led to these poor reviews.

Keep in mind that the entries on this list are from dissatisfied passengers, so while their experiences were negative, yours may be different.