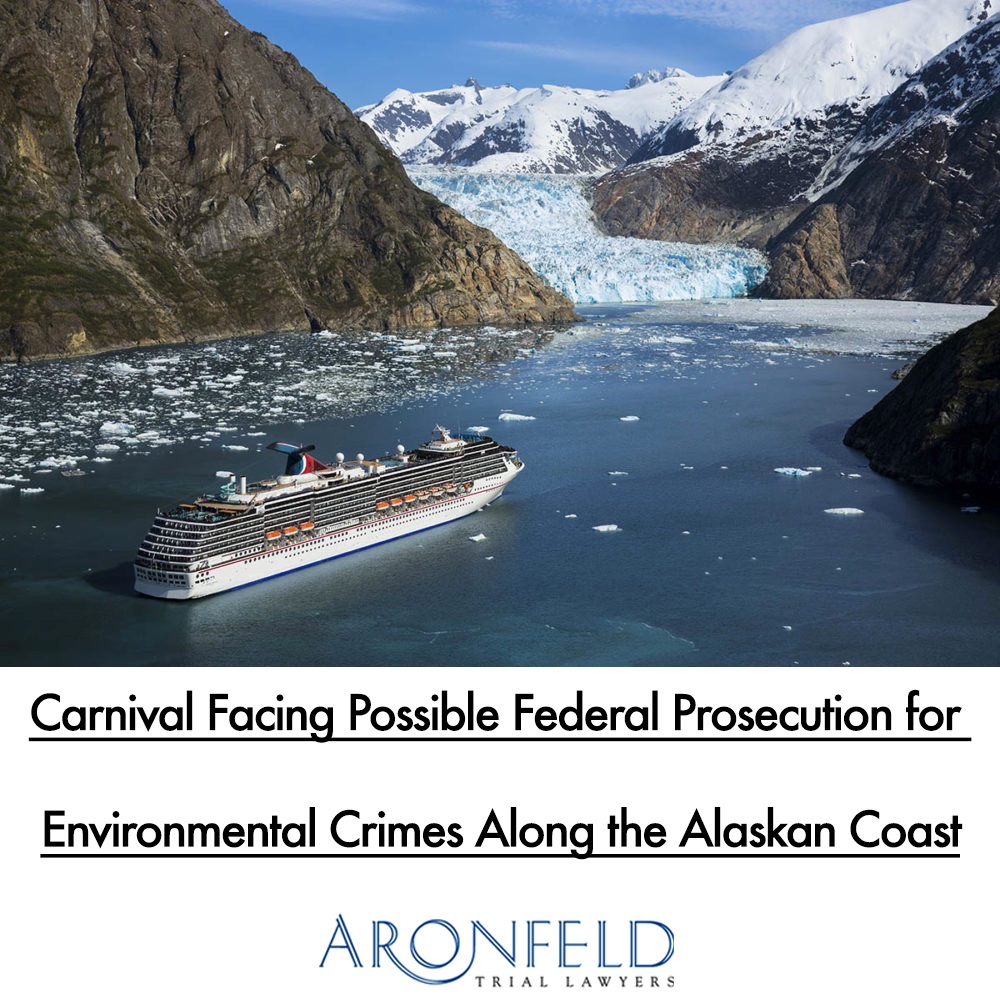 Carnival facing investigation by federal prosecutors in Alaska regarding alleged environmental crimes they are said to have committed off the Alaskan coast. Official paperwork has been filed this week with respect to an incident occurring in September 2018.

The investigation involves alleged dumping that occurred on September 11, 2018 by Holland America Line’s Westerdam cruise ship. Reports indicate that the Westerdam illegally dumped approximately 26,000 gallons of gray water from the ship’s sinks and showers into the Glacier Bay National Park. Holland America is owned by Miami-based Carnival Corporation, which is why they are named as a party.

Under federal law, cruise ships are prohibited from discharging anything, including gray water, while in the park’s boundaries. The court filings show that an official investigation has been initiated as to what exactly occurred, but no formal charges have been filed.

Federal prosecutors have expressed some concern regarding how the company keeps their discharge logs aboard the Westerdam. They keep only electronic copies and not hard ones, but this fact does not mean that they are not accessible by prosecution.  The company has acknowledged that they have been asked questions by the U.S. Attorney’s Office regarding the discharge of diluted gray water on September 11, 2018 and are cooperating with the inquiry.

Carnival Corporation is expected to appear in federal court in Miami on Wednesday for another hearing in an ongoing matter regarding an unrelated environmental incident for which the company is currently on probation. In this issue, U.S. District Judge Patricia Seitz encouraged the company to provide clearer metrics to measure the pollution created by its ships so that the court can better track the company’s progress during the remaining two and half years they have on probation.