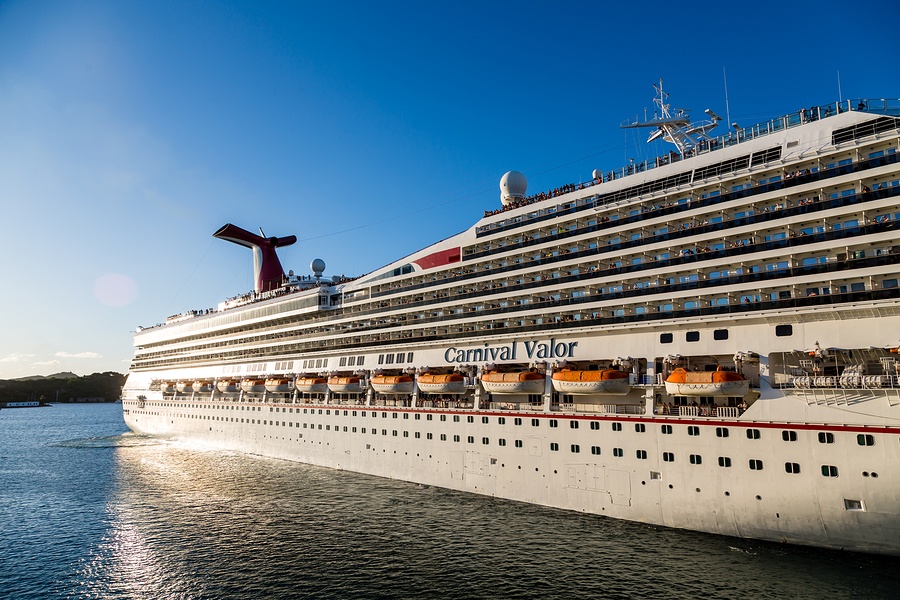 A 23-year-old male passenger was critically injured following a fall onboard a Carnival cruise ship early Tuesday morning. He was traveling on the Carnival Valor when he fell off a railing where he was sitting while on the lower deck.  He fell directly onto the deck floor below, although initial reports were that he fell into the water.

The ship was approximately 65 nautical miles off the coast of Venice, Louisiana, and only one day into its five-day voyage when the accident occurred.

The passenger sustained several significant and life-threatening injuries and was airlifted to University Medical Center in New Orleans after being evaluated by the ship’s medical crew. According to reports, the Coast Guard air crew took him from the ship around 5:45 a.m. and transported him directly to the hospital where he arrived in critical condition.

The Coast Guard released a video showing the passenger as he was hoisted onto the helicopter. However, at this time, no details have been released as to why or how he fell although the investigation is ongoing.

While cruise ship overboard incidents are not too common, such falls are oftentimes fatal. Earlier this year a teenage passenger fell to his death while onboard a Royal Caribbean cruise.

Safety while on a cruise is of extreme importance. All passengers should pay close attention to the safety briefing offered by the cruise line on the first day of any trip, and passengers should never sit on railings or any high surface that could result in a similar fall. Passengers should also be sure that they are wearing shoes with rubber grip soles to prevent slip and fall accidents.

Aronfeld Trial Lawyers is a personal injury firm located in Miami, Florida since 1991.  We have fought hard to hold cruise lines accountable when they put their profits ahead of passenger safety.  We are available 24/7 and encourage you to contact us even if you are still on your cruise. The sooner we can begin our investigation and preservation of key evidence, such as the CCTV footage of your trip and fall, slip and fall, assault or other type of injury the more likely we will be able to understand and prove how the incident occurred. Remember, the cruise lines have the most aggressive and well-funded defense lawyers in the world- protecting their profits.  You need an experienced legal advocate in your corner who will fight to obtain the compensation you deserve for lost wages, medical expenses, transportation reimbursement and pain and suffering.  Call us today and speak with a cruise ship accident lawyer about your potential claim- toll free 1-866-597-4529, 305-441-0440, or by email. We are ready to help.