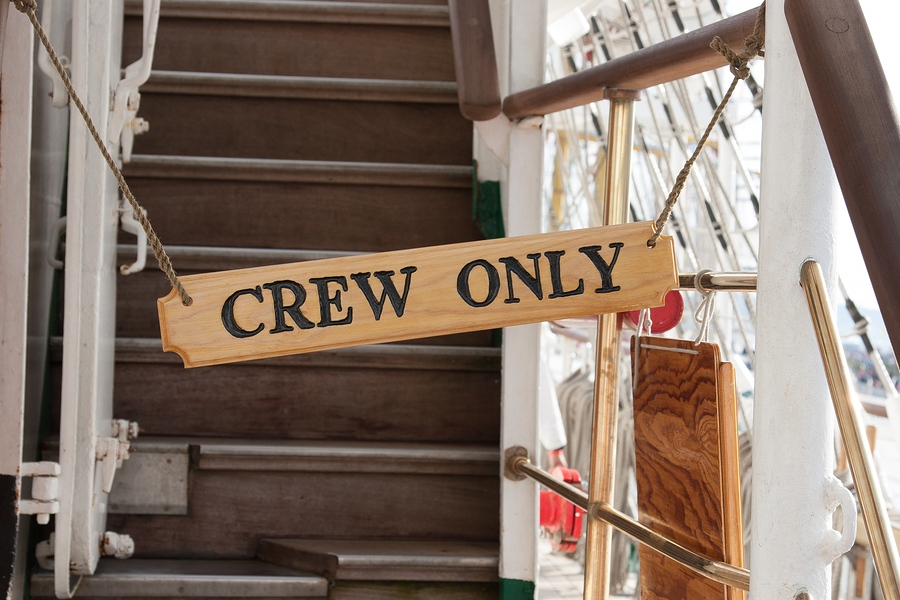 Working on a cruise ship sounds like an exciting adventure, but the experience can be different depending on the type of employee. A recent piece by Refinery29 explored just what the experiences were for female crew members on board Royal Caribbean, Princess Cruises, Norwegian Cruise Lines, and Renaissance Cruises.

For many of the female crew members interviewed, they said working on a cruise ship allowed them the chance to travel the world and see places they would have never been able to see.

During their downtime, crew members said they had the chance to attend shows and participate in other activities on the ship, as well as explore some of the offshore excursions as well. However, they revealed ‘downtime’ was not a frequent commodity.

Working on a cruise ship can involve long and oftentimes strenuous hours, with very little time for recreation.  Extended time away from family and limited access to phone and Internet come with the job but was cited as another downside by female cruise ship employees.

Female crew members surveyed also expressed frustration with respect to pay. While they do get free room and board and the ability to travel, unless the employee is fresh out of school and wants to only gain experience, the pay is not always worth the long hours.

How employees are treated by passengers depends a great deal on the position or job title of the employee.  Performers and dancers may be treated in a different manner than a housekeeping professional or server. Some of the female crew members surveyed stated that they were always treated well by passengers and even stayed in contact with some after the cruise. Like with many industries, others reported that it was hard to please everyone, and they were sometimes held to an unreasonable standard every now and then.

Drinking is a given on any cruise, but the female employees surveyed indicated that passengers were not always the issue when it comes to intoxication leading to drama. Many stated that crew members had discounted drinks at their employee bar, which often contributed to any interpersonal drama between the crew.

As would be expected whenever people are in close quarters for a significant length of time, the relationships between crew members also tended to become enmeshed and complicated. Interpersonal drama between workers on the ship were reported by many of those surveyed. Many compared their time at sea to being in high school or living in the dorms without the burden of homework. If crew members had loved ones back home, oftentimes, they would end up in relationships with people on the ship while they were away, which made the working environment quite complicated.

When asked about the cleanliness conditions onboard the ship, many expressed concerns about contracting illness, including norovirus, from others on the ship. In such close quarters, germs tend to spread quickly, and once someone gets the virus, that person must be quarantined and remain isolated until they are no longer a health risk to others onboard.