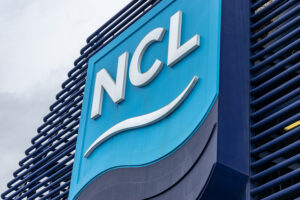 Thousands of passengers are now stranded after a Norwegian cruise ship suffered mechanical problems just outside Barcelona, Spain. One Miami woman, Claudia Meijides, was one of the passengers affected by the ship’s malfunction.

The Norwegian Pearl had embarked from Amsterdam on June 22 and was sailing the Mediterranean as part of a 13-day cruise when the ship began to experience technical problems. The Pearl was on its way towards Palma de Mallorca but suddenly had to divert to Barcelona due to mechanical issues. The ship docked in Barcelona on Tuesday and has been there since that time.

Passengers report receiving repeated assurances from the ship’s staff that they would be leaving shortly. Despite these assurances, the ship is docked as of Wednesday night. Passengers report being told that the ship’s crew is working on technical issues involving the propeller or engine but were not given much more information than that regarding what was causing the delay in their vacations. As a result, passengers were told that calls at Monaco and Palma, Mallorca, were being skipped. Ship guests have been told they can come and go as they please but to be back to the ship no later than 5 p.m. Friday.

Norwegian has released a statement to the media stating that the ship experienced a technical issue that necessitated the boat to travel at a reduced speed and to be diverted to Barcelona for further assessments. They are offering partial refunds and partial credits on a future trip, as well as money towards flight change fees to affected guests. However, the great majority of passengers, including Meijides, argue that these refunds or credits do not even begin to make up for their vacations being ruined. Most of these people have paid a great deal of money for the trip of a lifetime, a trip that is now postponed indefinitely.