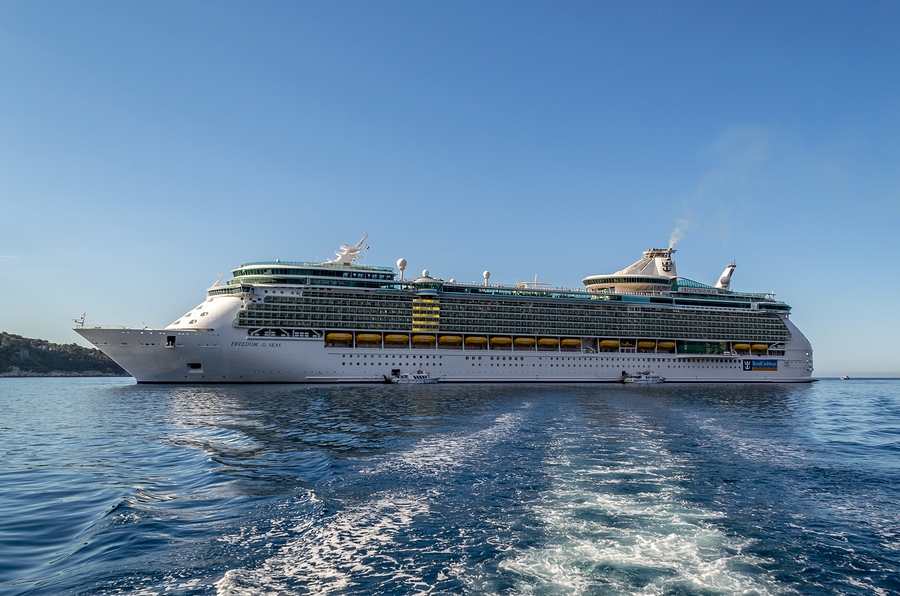 Surveillance video captured the day a toddler died after falling from an open cruise ship window will be crucial in the legal case involving her grandfather who is now facing criminal charges for her death. A hearing was held in Puerto Rico this week involving the tragic accident that occurred on board a Royal Caribbean cruise ship. The child’s grandfather, Salvatore Anello is facing charges of negligent homicide in connection with his granddaughter’s death.

On the day of her death, the 18-month-old child, Chloe, was being held by her grandfather near an open window on the Freedom of the Seas.  The ship was docked in San Juan at the time of the accident. The family’s attorney insists that Anello thought the window was closed and put her up on the ledge so that she could bang on the glass. The window, however, was open, causing her to fall more than 100 feet to the deck below. Puerto Rican officials believe Anello was negligent in not noticing that the window was open when placing his granddaughter by it.

No Video evidence was released during Wednesday’s hearing. Anello is scheduled to appear again on December 17 when a trial date will be picked.

Most cruise ships have cameras installed throughout the ship, and the Freedom of the Seas is no different. The accident was caught on the ship’s surveillance camera, but this footage has not yet been released.  Concerns have been expressed that this video footage could demonstrate why Puerto Rican prosecutors are insistent on pursuing criminal charges against Anello. If the video shows that it was obvious that the window was open or shows that the grandfather was behaving in a way that would give them reason to believe he was negligent, this footage could be very crucial in the case.

The child fell from a window in an area of the ship where children were playing, which is why the child’s family is saying that the cruise ship was negligent in creating what they claim is a fatal safety hazard.