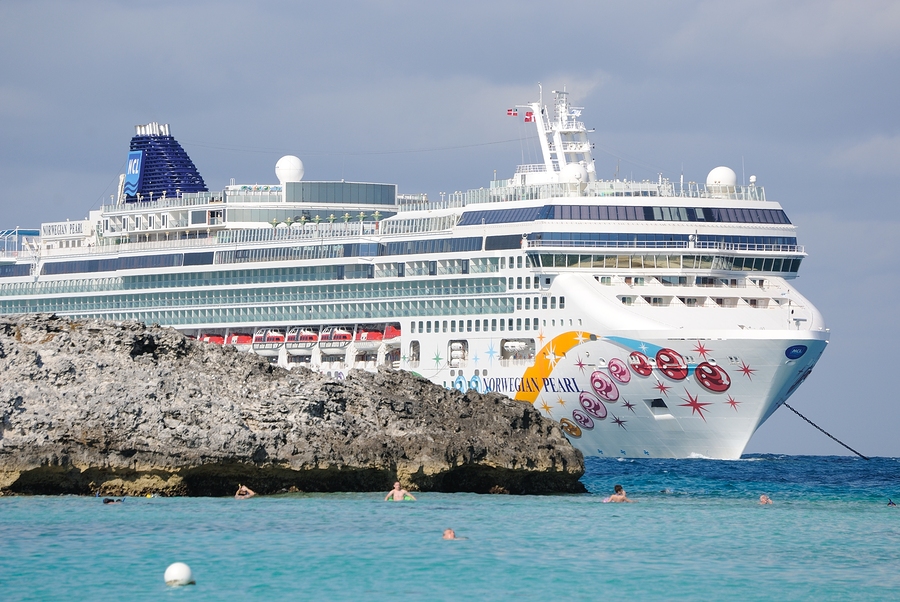 This month Celebrity Cruises became the first major cruise line to resume sailing in the Caribbean, since the COVID-19 pandemic. Royal Caribbean will also resume its operations in the Caribbean.

Small vessels have already begun operations on the U.S. rivers and intracoastal waterways. A growing number of cruise ships have restarted operations in Europe, but only a small portion of the world’s cruise vessels have started sailing, again. It could be well into 2022 before they return to normal operations.

Here is a look at when major river, ocean, and expedition cruises that market to the U.S. will resume operations:

Adventure Canada has cancelled sailings on Ocean Endeavor until 2022.

American Cruise Lines has resumed cruises along the intracoastal waterways of Georgia and South Carolina on March 13 with one vessel, the 100-passenger Independence, and it has since added sailings on the Mississippi River and several other U.S. waterways. Almost all of the line’s 13 vessels are now back in operation.

Atlas Ocean Voyages, a new start-up line specializing in “luxe adventure,” will operate its first cruise on August 4, 2021, in Europe.

Aurora Expeditions is planning on resuming operations of its 132-passenger Greg Mortimer, in October.

Avalon Waterways plans to restart cruises for Americans on the Seine River in France on July 20. Sailings on the Rhine, Rhone and Danube rivers will resume in August.

Birka Cruises has shut down its operations.

Blount Small Ship Adventures has shut down its operations.

Celestyal Cruises, a specialist in Greek Island cruises, restarted cruises in the region on May 29.

Costa Cruises resumed operations in the Mediterranean on May 1 with a single vessel, Costa Smeralda, and has since added a second vessel (Costa Luminosa) to Mediterranean sailings. More vessels are scheduled to resume service in the coming months.

Cruise & Maritime Voyages has shut down its operations.

Crystal Cruises resumed cruises on July 3 with one of its two bigger ocean ships, Crystal Serenity, sailing all-Bahamas trips out of Nassau in the Bahamas. The line’s other large ocean vessel, Crystal Symphony, will resume sailings on Aug. 5 with sailings out of St. John’s, Antigua. Crystal plans to operate some river cruises starting August 29 and sailings on its new expedition ship, Crystal Endeavor, starting in July.

Disney Cruise Line will operate a short series of cruises around the U.K. (open to U.K. residents only) with one ship, Disney Magic, starting on July 15. But the line has canceled all other voyages through at least early August. Disney Dream and Disney Fantasy are now scheduled to resume sailings on Aug. 9 and Sept. 4, respectively. Disney Wonder is scheduled to return to service on Sept. 24. All previously announced sailings on Disney Magic have been canceled through Nov. 8.

Emerald Cruises plans to resume voyages in Europe on July 31 with sailings on the Douro River in Portugal.

Holland America plans to restart cruises to Alaska out of Seattle with one ship, Nieuw Amsterdam, on July 24. It also plans to resume sailings in the Mediterranean on Aug. 15 with a single ship, Eurodam. Two more vessels — Zuiderdam and Koningsdam — will begin sailings from San Diego to Mexico, the California coast, Hawaii and the Panama Canal on Sept. 18 and Oct. 10, respectively. In addition, the line plans to resume Caribbean sailings on Oct. 23 with voyages out of Fort Lauderdale on Nieuw Amsterdam (which will reposition from Alaska). Three more ships — Rotterdam, Eurodam and Nieuw Statendam — will begin operating Caribbean voyages out of Fort Lauderdale in November. Holland America cruises in Asia, Australia and New Zealand, and South America have been canceled through the end of 2021.

MSC Cruises has started sailings out of Italy with two ships and sailings out of the U.K. (for U.K. passengers only) with one ship. It plans to restart Mediterranean and Northern Europe sailings with seven more vessels by Aug. 1 and will resume sailings from Miami in August.

Oceania Cruises plans to restart operations in the Mediterranean on Aug. 29 with just one of its six ships, the 1,250-passenger Marina. Three more Oceania vessels will restart operations between October 18 and January 22, 2022. November 28.

Princess Cruises plans to resume sailings to Alaska on July 25 with one ship (Majestic Princess) and will add sailings from the U.K. with one ship (Regal Princess) on July 31. The latter will be open to U.K. residents only. Princess then plans to add more ships back to service in the fall. The line has said it will have eight vessels operating out of three U.S. ports — Los Angeles, San Francisco, and Fort Lauderdale — starting between Sept. 25 and Nov. 28.

Regent Seven Seas Cruises plans to restart operations in Europe on Sept. 11 with just one of its five ships, the 750-passenger Seven Seas Splendor. The line’s four other vessels will resume operations between October 16 and February 15, 2022.

Ritz-Carlton Yacht Collection, affiliated with luxury hotel company Ritz-Carlton, has delayed its inaugural voyage until Nov. 10. The line was originally scheduled to debut in February 2020.

Scenic Luxury Cruises & Tours plans to resume Europe River cruises on July 30 with sailings on the Douro River in Portugal. Ocean cruises have been canceled through the end of 2021.

Seabourn plans to restart operations in July with one of its ships, Seabourn Ovation, sailing to the Greek Islands, out of Piraeus, Greece, and one ship (Seabourn Odyssey) sailing to the Caribbean out of Barbados. Its three other vessels — Seabourn Quest, Seabourn Sojourn and Seabourn Encore — won’t resume departures until Nov. 7, 2021, and Jan. 11 and April 17, 2022, respectively.

Silversea restarted its operations in June with one ship (Silver Moon) sailing to the Eastern Mediterranean out of Piraeus, Greece, and one ship (Silver Origin) sailing in the Galápagos. It has canceled sailings on some of its other vessels as far out as November.

Star Clippers has canceled all sailings through at least early August. Royal Clipper is now scheduled to resume service on Aug. 3, with Star Flyer following on Aug. 7. Star Clipper sailings have been put on hold until Nov. 13.

UnCruise Adventures, a specialist in adventure-focused Alaska cruises with small vessels, restarted trips in the state on May 8.

Victory Cruise Lines has not announced a restart date for its sailings.

Viking started UK-only sailings for local residents in May out of Portsmouth, England. It also recently restarted a handful of “welcome back voyages” out of Bermuda and plans to add cruises around Iceland and in the Mediterranean in July. Other than that, the line has canceled all previously announced sailings through the end of July.

Virgin Voyages has held off on the Miami debut of its first ship,  Scarlet Lady, until at least September. But it plans a few sailings of the ship out of the U.K. for U.K. residents only starting in August. The arrival of the line’s second vessel, Valiant Lady, has been pushed back by six months to Nov. 14.

Windstar Cruises restarted sailings in the Caribbean and the Mediterranean in June with a single ship (Star Breeze and Wind Star) in each destination. A third Windstar vessel, Wind Spirit, is due back in service on July 15. Wind Surf, Star Legend and Star Pride will return to cruising on Aug. 8, Sept. 4, and Nov. 3, respectively.

Source: When Will Cruises Resume? A Line-by-Line Guide.